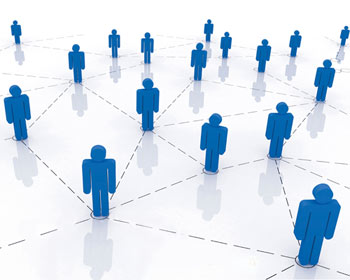 Many job hunters begin a job search thinking that they won’t be able to do networking. Or that they don’t want to. So they try everything else first, and move to networking only when they have to.

It’s actually much more effective to start networking at the beginning of your job search, while also pursuing jobs using the other six of the Seven Job Hunting Techniques. Networking can help make the other techniques work better. And virtually all job hunting experts agree that networking is the method that leads to success for the largest number of people.

Many job hunters begin by believing that they won’t be able to do the networking. But then they learn how and find  comfortable approaches. And  they  find  jobs.

Worried that you can’t do it? Welcome to the club. Lee Hecht Harrison, a top career services company, assists up to 100,000 people a year in job hunting. A large percentage of them begin by believing that they won’t be able to do the networking part of job hunting. But they take courses and read books and learn how. And in the end, the majority find jobs through networking.

Want to try it? Here’s how you can get started:

If you’re less experienced with it, you can read some books on networking. In addition to Highly Effective Networking, you may want to read some others as well. But be cautious about using networking books written by and for salespeople. While they sometimes contain some good tips, the advice tends to be about building a large and powerful network over a period of years, rather than using the network you have right now, as job hunters need to do. And some of the advice is really about sales, not about networking.

Virtually all job hunting experts agree that networking is the method that leads to success for the largest number of people.”

When you’re ready to start networking for a new job, start by talking to people you know well, people you like, people you can’t make a mistake with. You may think that they don’t have the right information, but if you’re using a Target List, you may be surprised. As you learn to ask the right questions, you’ll get more and more information, information that will in time lead you a great new job.

If you decide to join or start a Job Search Work Team, you’ll be working with a group of job hunters who are doing networking every day. So you’ll more quickly learn which networking methods are the most effective and most comfortable for you. The team also becomes a core network for all of its members, since people get to know each other and share information.